Don't Blame RG; He Is Not Why Modi Has Crushed Congress 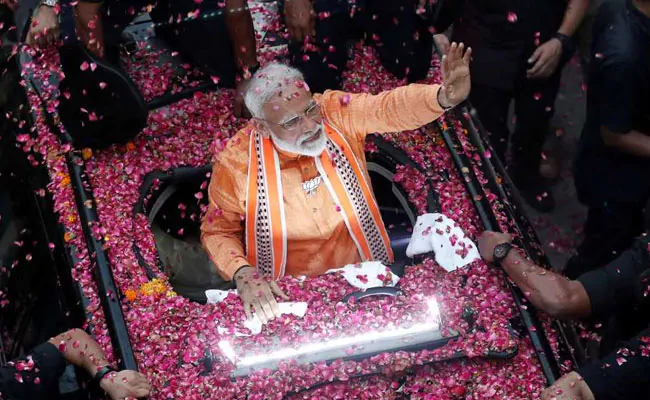 The Indian National Congress, once the default party of government in Indian politics, won 44 seats in 2014, and will likely not even double that number in 2019. To paraphrase Oscar Wilde, to lose one election by that margin is a mistake, to lose two looks like carelessness. Or, if you prefer to paraphrase Karl Marx, the first time it was tragedy for the Congress, but now it's farce.

Yes, the party won three states back from the Bharatiya Janata Party in December last year. Yes, it is holding on in Punjab and Kerala. But it has fundamentally failed to break through in the crucial dimension for its politics: to retain a foothold in the politics of the north and centre of India at the parliamentary level. Plus it has been swept out of the way in Maharashtra, a state it certainly should have, if not won, at least dented the BJP alliance in.

Many reasons will be given for this failure, and perhaps there are indeed many reasons. One of these, an obvious numerical reason why the Congress looks particularly bad right now, is that the bastion of undivided Andhra Pradesh, where it was at one time assured of at least a sizeable proportion of seats, has now slipped from its grasp. If it loses Maharashtra in addition, and becomes a poor also-ran in coastal Karnataka and the Lingayat belt of that state, it means that it just no longer has the geographical base to be a real contender.

India, at one point, had a clear political structure. There was a national force in Indian politics, and that was the Congress. It had, in every state, various opponents that represented state-level interests. Where the BJP was its principal state opponent - in Gujarat, in Rajasthan, in Madhya Pradesh - strong state leaders for the party made it an election about sub-national pride and governance. (Remember Chief Minister Modi campaigning on Gujarati asmita?) That position in national politics, as the national pole in most state polities, has been taken now by the BJP. It has taken that position for one simple reason: its conception of Indian nationhood has fought and won a battle, over the past decade and more, against the Congress' "Idea of India".

To the extent that the Congress' "Idea of India" can be summarised through the career and words of any one leader in that party, I would recommend a study of Digvijaya Singh. He is a tremendously devout man, and yet one of the greatest hate figures for the Rashtriya Swayamsevak Sangh precisely because he embodies the Congress' ideology. It is, at its core, pragmatic nationalism: the notion that India is a bundle of contradictions, of competing group assertions, and it is the duty of the Indian state is to play an arbiter between them, to cover up and manage these centripetal and divisive forces through inclusion, representation and occasional preferential treatment. It is precisely this that is known now as "appeasement" when it comes to Muslims - but the ideology is far vaster than that, it is founded on the belief that India, without such management, dances at the edge of a precipice. That Digvijay Singh is losing to Pragya Thakur is a fine and poetic summation of the defeat of this ideology.

It has been replaced at the national level by another ideology: not just that of the Sangh, but its version as refined by Narendra Modi. This conception is that India is essentially Hindu; India is a unitary civilisation, divided by the vestiges of countless invasions; India must eventually be strong on the world stage, and in order to be strong, it must embrace its Hindu identity and be united in mind. This oddly European notion of national identity can be traced back to Savarkar and Golwalkar and even further, but under Modi, it has been refined to include the promise of social and economic mobility within the great Hindu umbrella, and that has made a crucial difference. Other identities are dangerous, by the BJP's reckoning and the Congress' - and Amartya Sen's - notion of India being constructed of multiple overlapping and argumentative identities must be replaced with that of a single one. Dalits, OBCs, Bengalis, Lingayats, and even minorities must remember they are Hindus first if India is to progress. I wrote in 2014 that Modi's idea of India's future was that it should be strong, rich and Hindu, and that all three things would have to happen together or none of them would happen at all. And this, in a nutshell, is the dominant conception in national politics today.