How Modi Recovered From December Setbacks For Huge Win 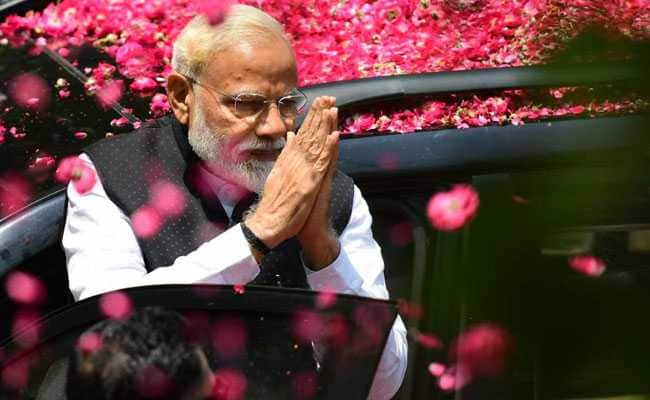 The time has come for opposition forces to invent new concepts, innovate new techniques to face and fight the Hindutva Juggernaut, which, led by Prime Minister Narendra Modi, has completely redefined politics. He alone deserves credit for this success, replicating at the national level what he did successfully in Gujarat. Political pundits like me thought that Modi would not be able to render similar magic at the centre but that is where his genius lies. I have always been critical of his style of politics and the ideology he pursues but it has to be admitted that he is not a traditional politician. And in today's huge BJP win, he alone is the hero.

Assisted, however, by two other Ms - Machine and Media, tools which transformed Modi into a mythical character. Till December 2018, when the BJP lost three of its North Indian states, Madhya Pradesh, Rajasthan and Chhattisgarh, the party was on a weak wicket. So Modi immediately changed gears and changed the narrative. He was clever to not only harp on the achievements of his government but also resurrect the plank of nationalism. Rashtrawad became a paramount weapon in his armoury.

When Modi was appointed Chief Minister of Gujarat, he was new to the job. Some extreme critics said that Modi won his first assembly election due to the 2002 riots. But his subsequent victories in 2007 and 2012 proved his connect with voters and staying power. Any other leader would have become complacent. Modi on the other hand knew that as long as his image was defined by the Gujarat riots, he would not go far. He coupled his Hindutva image with Gujarat's sub-nationalism. To this, he added his development rhetoric. No politician before him had experimented with the amalgamation of identity politics with the economic aspirations of the people.

Modi's "Gujarat Model" was successfully transported to the national level. In his last five years, he failed on the economic front but his rhetoric of development did not fade. He rubbished all the claims of opposition and experts, he was emphatic in his assertion that India has attained new heights under his leadership and become the fastest-growing economy. At a time when he was looking vulnerable, the Balakot airstrike proved handy. Modi was smart enough to communicate with the masses that India has changed under his leadership, and this India retaliates strongly. One could hear on the streets, "We entered the homes of Pakistanis to kill them."

This masculine nationalism was hyped manifold by his friends in the media. From the beginning, TV channels have refused to be critical of him and on the issue of nationalism, they became virtually his mouthpiece. Similar cacophony blared on social media platforms like WhatsApp, Facebook, Twitter and others. The Modi army was literally unstoppable in churning out the narrative that Modi is the leader India needs for another term, the country feels safe and secure in his hands. The constant rubbishing of the opposition and mythologising of Modi day in and day out gave a clear advantage to the BJP. And with Amit Shah's organizational skills, the BJP worked its cadre and teams into a gigantic, well-oiled machine. The combination of Modi, Machine and Media has completely redefined Indian electoral process.

This combination has also subsumed the identity politics of caste. Just as the bigger identity of Hindutva seems to have partially overwhelmed the smaller identity of caste. If the result of UP is any indicator, then parties like the BSP and SP have to rethink their strategies. After the implementation of Mandal Commission recommendations, caste politics, especially of the OBCs and Dalits, was growing. Mulayam, Lalu, Kanshi Ram and Mayawati were the new warriors of identity politics. And their caste politics did not let Hindutva grow beyond a point. But they forgot to evolve and grow. Mulayam was the leader of OBCs but shortsightedness reduced him to a leader of only the Yadavs. Similarly, Mayawati did not go beyond the Jatavs. With economic boom and the spread of democratic consciousness, the failure of these leaders to expand their caste groups and build a new coalition proved disastrous for them.

Meanwhile, Modi and Shah managed to appropriate the leaders of smaller castes like Rajbhars and Nishads.