AICHLS’s believes that the Right to Information is fundamental to the realisation of economic and social rights as well as civil and political rights. Informed participation by all must therefore be guaranteed through increased access to public information.

AICHLS’s believes that the right to information must be guaranteed by a strong legislation and the process of law-making itself must be participatory and informed by the realities of the community concerned.

AICHLS’s works to raise public awareness about the value of the right to information. It collaborates with community based groups, catalyses the development of networks of concerned civil society organisations and seeks out the specific information needs of the people and communicates them to policy makers in various ways.

The Constitution of India does not explicitly grant a right to information. However, the Supreme Court of India (the country's highest court) has held in several cases that the right to information is implicit in the constitutionally enshrined rights to freedom of speech and expression (Article 19 (1)(a) and right to life and liberty (Article 21).

The first Supreme Court ruling on the right to information dates back to 1975. However, no attempt was made by either the Central or the State Governments to implement a simple and effective access to information regime until after the launching of campaigns for freedom of information by civil society. (Notably, effective right to information legislation is important even where a constitutional right exists because it ensures that people do not have to go to court every time they want to exercise the right, and puts in place simple, clear and regular procedures which can be easily utilised by all.)

From the mid-1990s, a national campaign for the enactment of a central law on right to information gained momentum. After much struggle, the Central Government enacted the Indian Freedom of Information Act in 2002. The Act represents an important step towards actualising the Right to Information, but has been criticised for not going far enough. More problematically, the Act is yet to come into force, since the rules to implement the Act are yet to be formulated by the Central Government.

While the campaign for national legislation was going on, in the meantime some significant breakthroughs were achieved at the State-level. Tamil Nadu was the first State to enact a right to information law, in 1997, followed by Goa in the same year. To date, seven other States have passed legislation - Rajasthan (2000),Karnataka (2000), Delhi (2001), Maharashtra (2002), Assam (2002), Madhya Pradesh (2003) and Jammu and Kashmir (2003). Campaign efforts in other States have also had some success - Uttar Pradesh framed an executive code on access to information in 2000 and draft bills have now been prepared by the Governments of Kerala and Orissa.

As one of the leading campaigners for the right to information, AICHLS’s has sought to generate awareness on this issue, support civil society campaigns and provide input into the law making process, drawing on our knowledge of international best practice. AICHLS’s advocacy has included the making of policy submissions, articles in the media and training and workshops. AICHLS’s has also published several booklets, fliers, brochures and posters.

The right to information campaign in India began with the Mazdoor Kisan Shakti Sangathan ( MKSS) movement to bring in transparency in village accounts via the demand for minimum wages in rural India. Ghost entries in muster rolls were a sign of rampant corruption in the system, which prompted MKSS to demand official information recorded in government files. The movement soon spread across India. From very modest beginning in the villages of Rajasthan, the success of MKSS has been a source of inspiration for activists in India and throughout the world. It led to the genesis of a broader discourse on the right to information in India.

In 1993, a draft RTI law was proposed by the Consumer Education and Research Council, Ahmedabad (CERC). In 1996, the Press Council of India headed by Justice P B Sawant presented a draft model law on the right to information to the Government of India. The draft model law was later updated and renamed the PCI-NIRD Freedom of Information Bill 1997. Unfortunately, none of the draft laws were seriously considered by the Government.

In 1997 efforts to legislate for the right to information, at both the State and National level, quickened. A working group under the chairmanship of Mr. H D Shourie (the Shourie Committee) was set up by the Central Government and given the mandate to prepare draft legislation on freedom of information. The Shourie Committee's Report and draft law were published in 1997. Notably, the draft law was criticised for not adopting a high enough standard of disclosure.

The Shourie Committee draft law passed through two successive governments, but was never introduced in Parliament. In the interim, in 1999 Mr Ram Jethmalani, then Union Minister for Urban Development, issued an administrative order enabling citizens to inspect and receive photocopies of files in his Ministry. Disappointingly, the Cabinet Secretary did not permit this order to come into effect.

Eventually, the Shourie Committee draft law was reworked into the Freedom of Information Bill 2000, an even less satisfactory Bill than the Shourie Committee's. The 2000 Bill was sent to the Parliamentary Standing Committee on Home Affairs, which consulted with civil society groups before submitting its Report in July 2001. The Committee recommended that the Government address the flaws in the draft Bill pointed out by civil sociey. Unfortunately, the Government did not implement that recommendation, to the detriment of the final content of the Bill.

The national Freedom of Information Bill 2000 was introduced in Parliament in 2002. It was passed in December 2002 and received Presidential asset on January 2003, as the Freedom of Information Act 2002. Unfortunately, a date for the Bill coming into force was never notified, such that it never actually came into operation.

In May 2004, a new UPA Government came into power at the Centre. The national campaign for right to information received a major boost when the UPA Government's Common Minimum Programme promised that: "The Right to Information Act will be made more progressive, participatory and meaningful". The National Advisory Council (NAC) was set up to oversee implementation of the Government's Common Minimum Programme. Since its inception, the NAC has taken a close interest in RTI. At the very first meeting of the NAC on 17 July 2004, NAC members submitted a Statement from the National Campaign for the People's Right to Information to the NAC calling for action on RTI. To aid discussions.

Following the first NAC meeting, Aruna Roy met with key government stakeholders who recommended that civil society submit a paper recommending amendments to the FOI ACT. Draft National Campaign for the People's Right to Information Recommendations re Amending the Central FOI Act 2002 were developed and submitted to the NAC for consideration at their second meeting on 31 July 2004. The NAC considered the draft NCPRI Recommendations and released draft NAC Recommendations re Amending the FOI Act 2002. NAC members Aruna Roy and Jean Dreze provided an Update on the Discussions of the NAC at these first two Meetings.

In the meantime, a public interest litigation case being pursued by Advocate Prashant Bhushan on behalf of the NCPRI and Centre for Public Interest Litigation since 2002, tried to compel the Government to notify an effective FOI Act 2002 immediately. The case was heard by the Supreme Court on 20 July 2004. The Supreme Court's Order set a deadline of 15 September 2004 for the Central Government to advise when the Act will be notified and if not, when interim Administrative Guidelines would be issued. In the interim, on 12 August 2004, the Department of Personnel and Training, Ministry of Personnel, Public Grievances and Pensions finally released Draft Rules under the Freedom of Information Act 2002!

The Right to Information Bill 2004 (RTI Bill 2004) was tabled on 23 December during the winter session of the Lok Sabha. The RTI Bill 2004 was based largely on recommendations submitted to the Government by the NAC (which were based on the NCPRI's original draft Bill. NCPRI produced a comparative analysis of the RTI Bill 2004 against the FOI Act 2002 and the original NAC Recommendations.

On 10 May 2005, the RTI Amendment Bill 2005 (which actioned many of the recommendations of the Parliamentary Standing Committee) was tabled in the Lok Sabha. The Bill was passed very quickly - it was approved by the Lok Sabha on 11 May 2005 and by the Rajya Sabha on 12 May. On 15 June 2005, President APJ Abdul Kalam gave his assent to the national Right to Information Act 2005. With presidential assent, the Central Government and State Governments had 120 days to implement the provisions of the Bill in its entirety. The Act formally came into force on 12 October 2005.

As a party to the International Covenant on Civil and Political Rights (ICCPR), India is under an international obligation to effectively guarantee the right to information as per Article 19 of the ICCPR.

On 15 June 2005, President APJ Abdul Kalam gave his assent to the national Right to Information Act 2005 which had previously been passed with amendments by the Lok Sabha (11 May) and the Rajya Sabha (12 May). With presidential assent, the Central Government and State Governments now have 120 days to implement the provisions of the Bill in its entirety.The Act formally came into force on 12 October 2005. The Act covers all Central Government, State Government and local bodies, as well as some private bodies.

The Government of India has notified a new set of Rules combining the Rules relating to fees and costs payable under the Right to Information Act and the appeals procedure before the Central Information Commission which were notified in 2005. The new set of rules makes a few substantive changes in the applications and appeals procedure. For example, an RTI applicant will be required to limit an information request to 500 words and pay for postal charges in excess of Rs. 50 for receiving information. A letter of appeal filed with the Central Information Commission may be returned to the appellant if it contains filing deficiencies described in the new Rules. Click here for the new RTI Rules.

AICHLS’s has conducted training programs and workshops at the national level and in several States across India (see below for a list). Training Strategy focuses primarily on training of trainers, to maximise the reach of our workshops and ensure that RTI work is locally owned and sustainable. Please us or email :

humanrightscouncil.org@gmail.com if you are interested in finding out about how you can organise an RTI workshop in your own State. 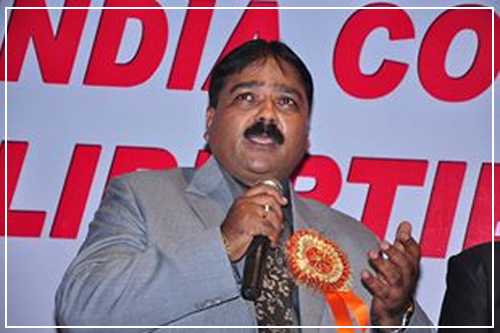 All India Council of Human Rights,Liberties and Social Justice - Aichls