Opinion: What Rahul Gandhi And Opposition Got Wrong In Campaign vs Modi 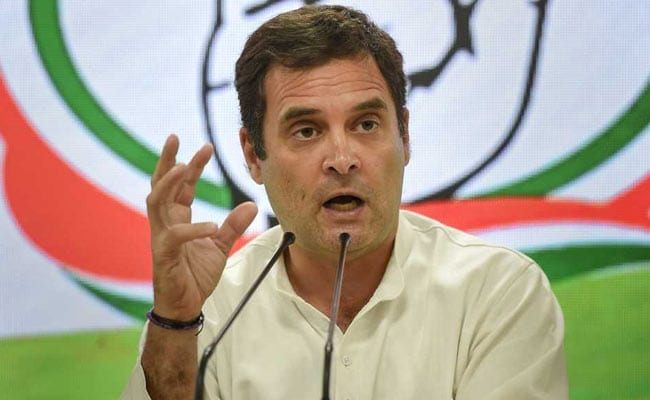 The Modi Magic has worked again. The message of the 350-seat victory in the 17th Lok Sabha election, where the Congress has been reduced to just 52 and its chief, Rahul Gandhi, has been defeated in the family turf of Amethi, is loud and clear: the "Stop Modi Brigade" has poor approval ratings in the country. Modi has wowed the nation more in 2019 than in 2014. His programmes and policies may not be liked by the well-entrenched political elite of the country but Modi's politics have eclipsed the dynasts, "break India" gang and the Communists of the country.

The Congress has been practically reduced to four states. The much-celebrated Mahagathbandhan has been reduced to smithereens. The BJP has reached a larger vote-share and numbers due to all the non-traditional areas like the South, East and Northeast and has emerged as the party of power like the Congress of the 60s.

The Modi Wave has ensured that the BJP has won the majority of SC, ST, Minority, rural and most backward-dominated constituencies in the country. Many stalwarts of the Congress like Jyotiraditya Scindia, Digvijaya Singh, Ashok Chavan, Milind Deora, Sushilkumar Shinde have fallen by the wayside. The TDP, SP, BSP and even the TMC, the most critical of Modi, have suffered big setbacks, while parties considered closer to Modi like the BJD, TRS and YSRCP in Andhra have reaped rich rewards. This is a historic defining moment for Indian polity. The voter has given a massive thumbs up to Modi and his policies. This has diminished the Congress party and the other opposition parties to mere marginal players.

By winning so convincingly and retaining the previous 100% strike rate in Rajasthan, Gujarat and other Hindi states, Modi has proved beyond doubt that his role as a creative disruptor of Indian politics has the massive mandate of the people of the country. Modi has won more seats, vote share and geographical canvas than in 2014, and this should convince critics that his initiatives like demonetization, GST and Pakistan policy have been politically correct.