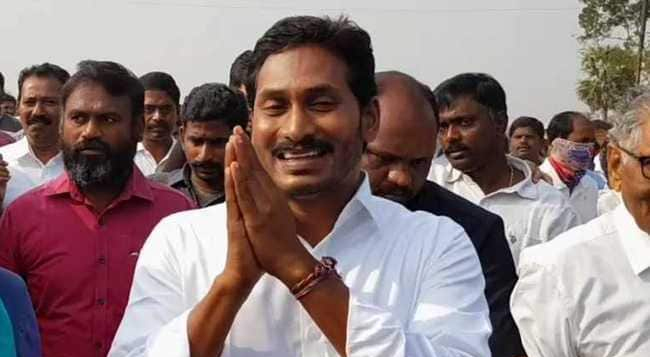 Andhra Pradesh Election Results 2019: It was Jagan Reddy's push for the Special Status for Andhra Pradesh that is said to be at the bottom of Chandrababu Naidu's move to part company with the BJP and join the opposition camp.

Jagan Mohan Reddy, who led his party to an astounding victory in Andhra Pradesh, virtually decimating Chandrababu Naidu's Telugu Desam Party, said his mandate comes with a huge responsibility. Mr Reddy, the chief of the YSR Congress, is leading in 151 of the state's 175 assembly seats and 23 of the 25 Lok Sabha seats.

Mr Naidu conceded defeat and submitted his resignation to the Andhra Pradesh Governor on Thursday.

Jagan Reddy is likely to take oath on May 30 in Vijayawada, his party said.

Mr Reddy is the son of one of Andhra Pradesh's most popular Chief Ministers, YS Rajashekhara Reddy, who died in a chopper crash in 2009. The 46-year-old, who inherited his father's supporters, still had to make his mark at the head of a new party formed in 2011. The moment came during his two foot marches - the last one over the special status for Andhra Pradesh, undertaken last year.